The G20 summit with participants such as Erdogan was not the only event happening on Saturday in Hamburg. According to the organisers more than 76,000 people took to the streets and attended the demonstration themed “Solidarity without borders instead of G20”. Among the protesters were many Kurdish activists. We were there too and talked to many people who were interested in Nudem’s story. 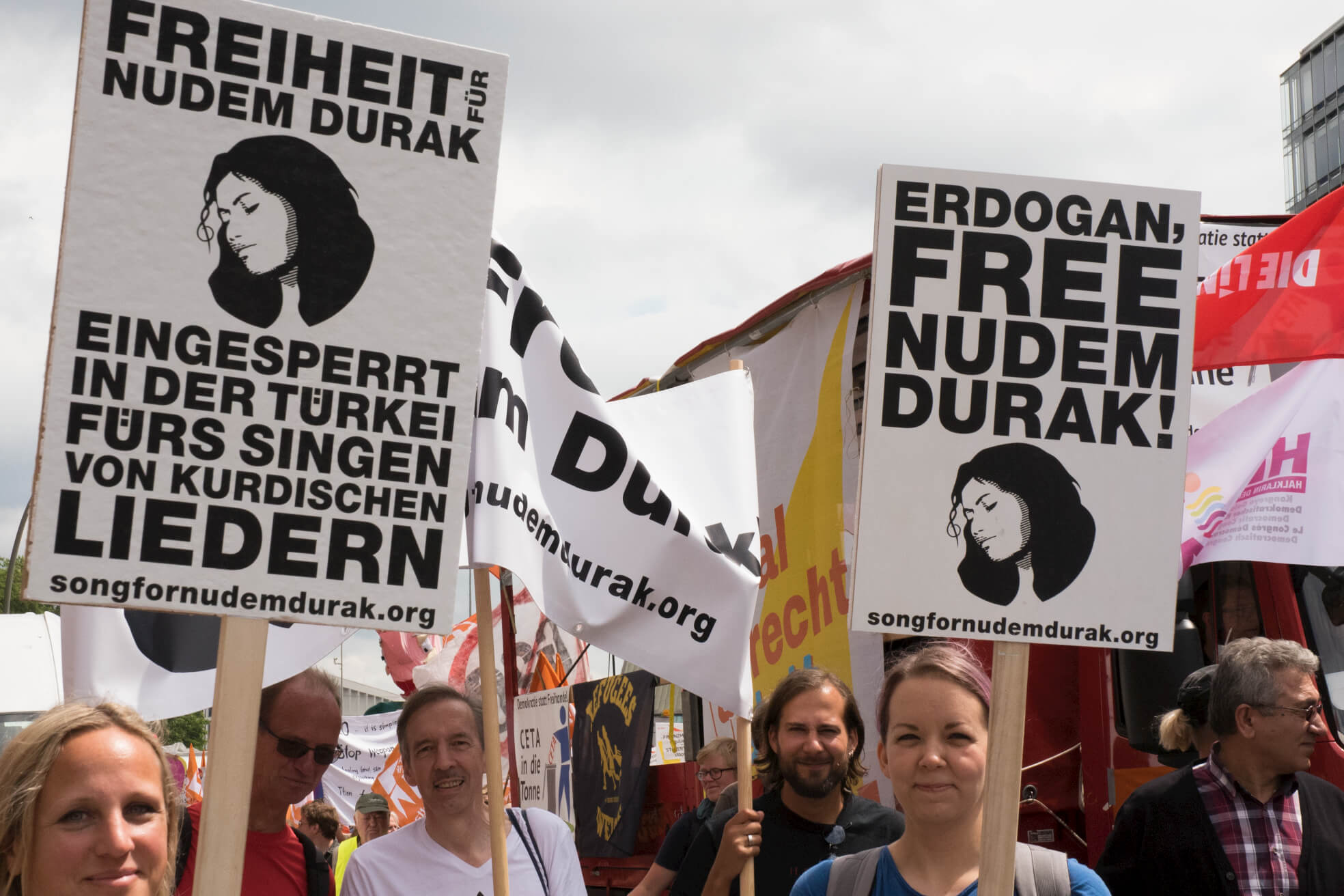 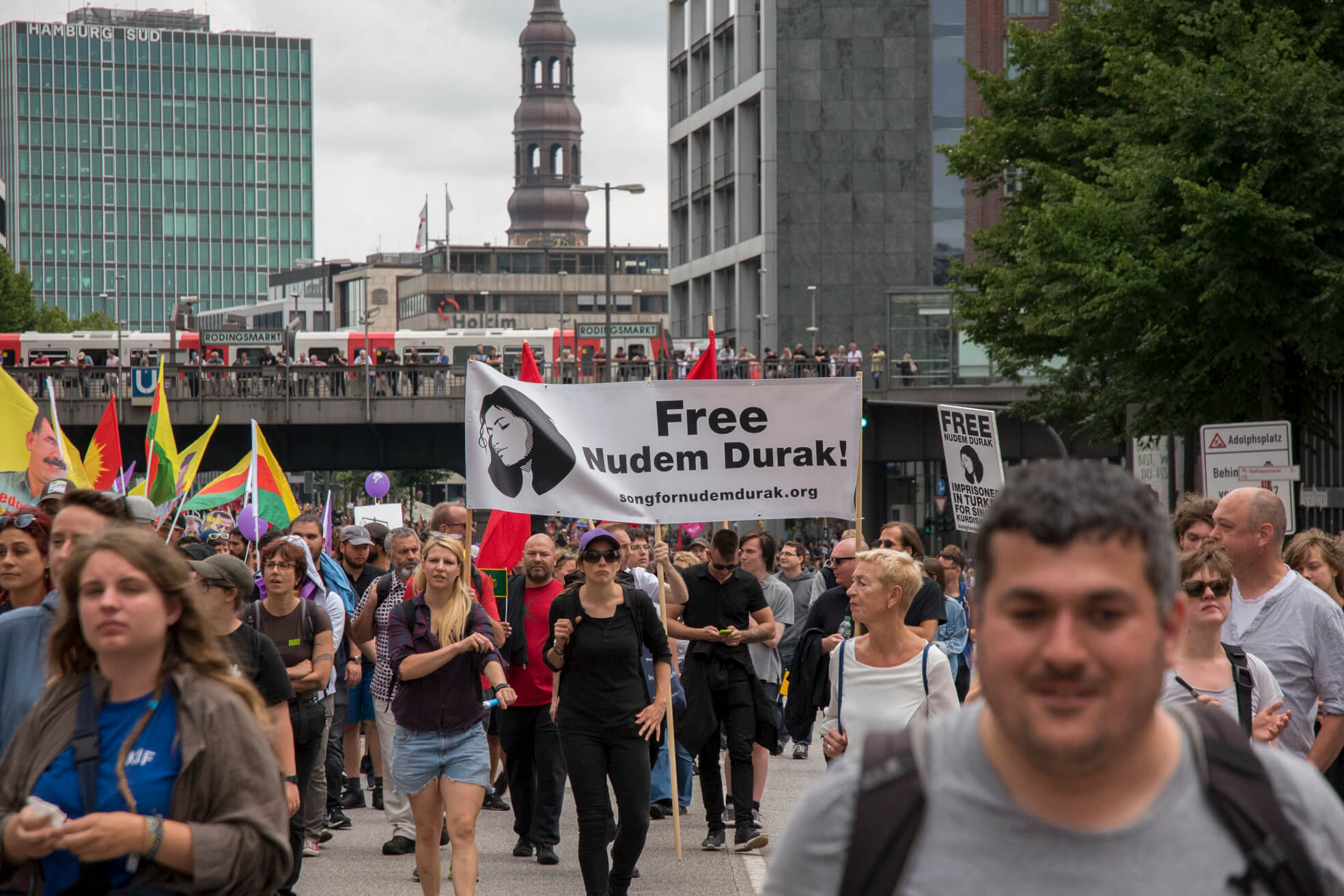 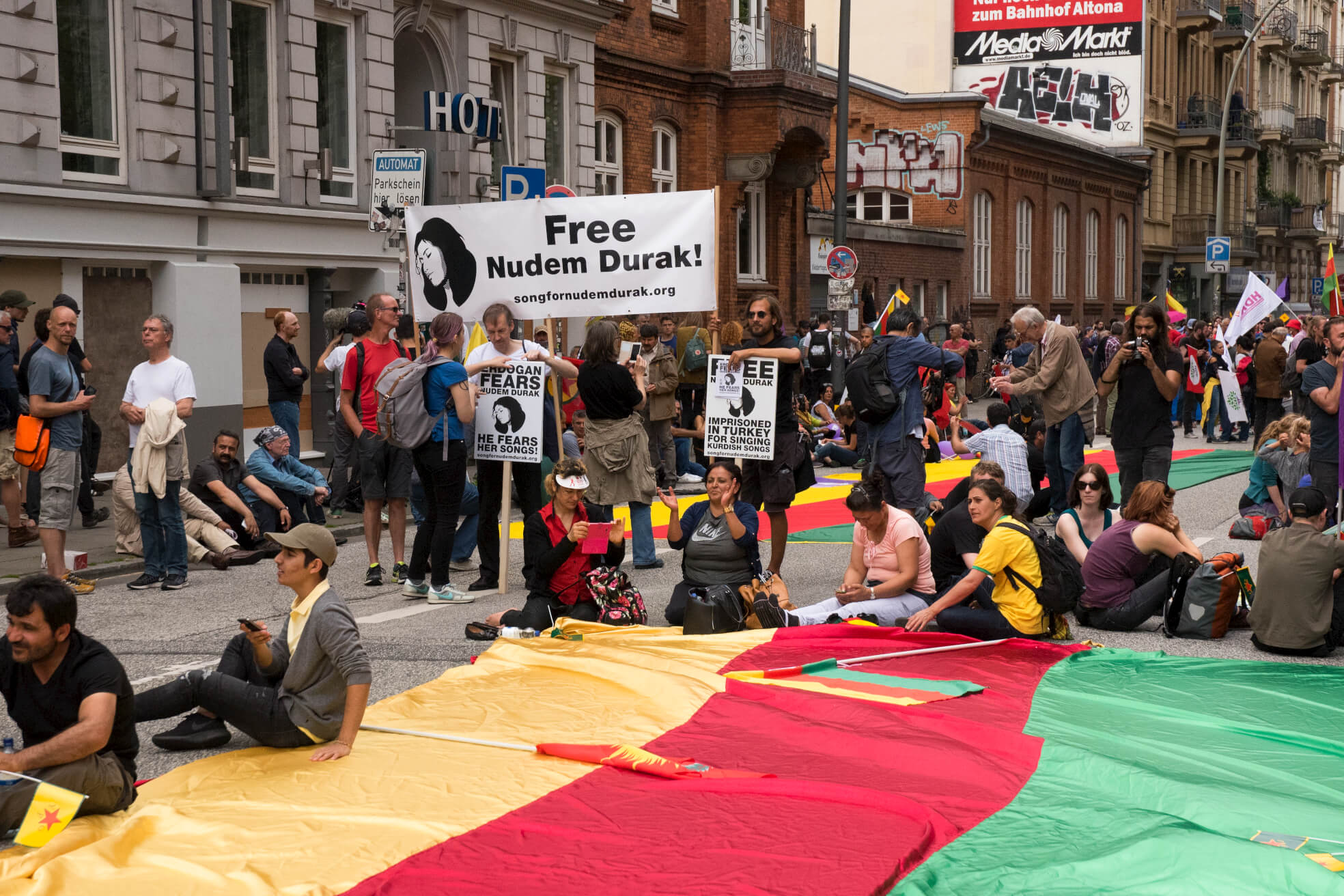 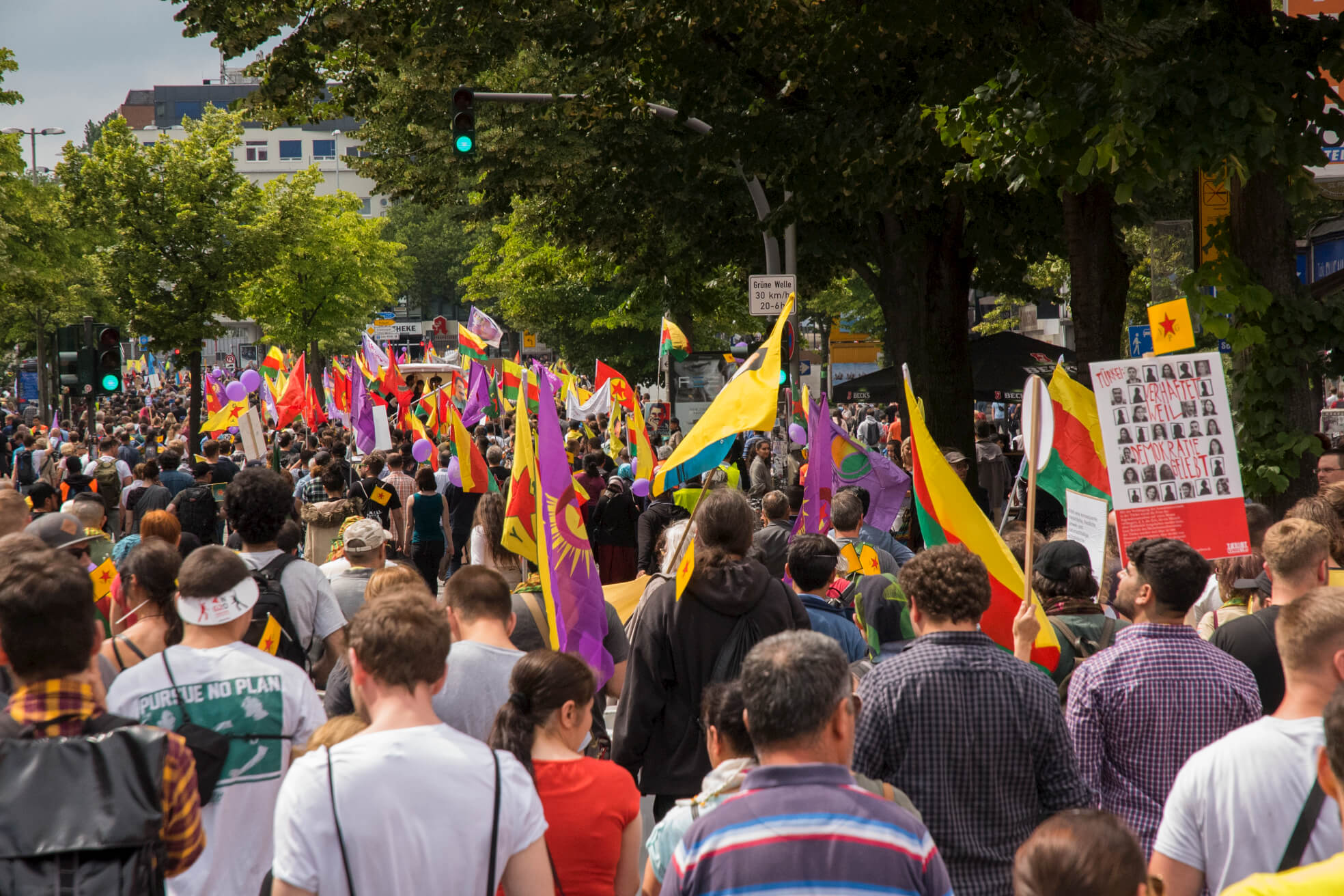